“Social is what creates work.” A slogan that resounds from the Ministry of Economics of the Hitler government of 1933 and echoes through the history of FRG into the CDU election program of 2017.
Hitler, as newly elected Chancellor, promised to counter the “curse of unemployment” by building the Autobahn. Despite its superfluousness at the time, he praised the building and raved in his speech at the start of construction in 1934 about "great monumental [...] eternal value[s]“ and that "the work no longer separates itself from those who created it." A work that was entirely shredded by the large milling machine in 2017 and buried as a concrete recycling base layer under new monumental works. The building did not fight unemployment.

To this day, the concept of monuments is closely linked to that of the work, describing both the creation and the product of creative labor. In recent years, there has been a long overdue renegotiation in many societies about which monuments should represent which historical heritage and in what kind of way.

The installation consists of concrete recycling and eight spades arranged in a circle. It refers to a no longer existing monument that was erected at the beginning of the highway construction. 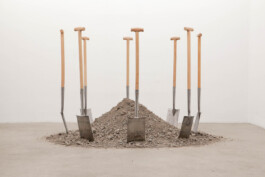 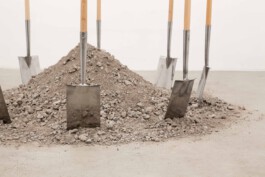 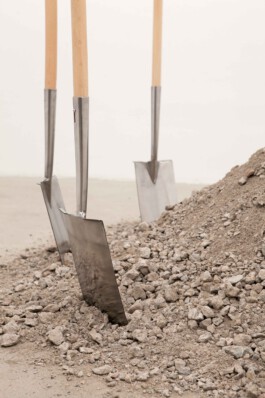 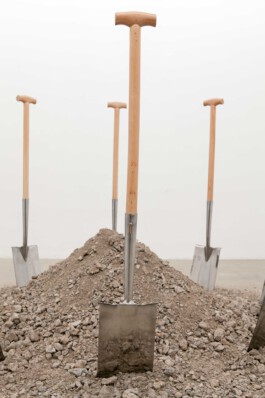 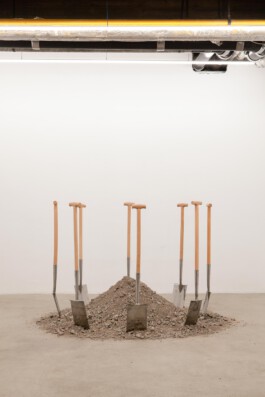 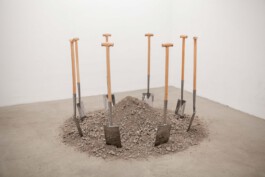