As part of the project Refugium, I have appropriated a part of idle potential and defined it as a hidden living space. The aim of the experimental space project was to gain experience on methods for long-term appropriation with subsequent renegotiation of the space. On a fallow land in Offenbach’s city center I installed a space and I temporarily lived in and around the space. From the outside it looked like a big stack of wooden beams. The interior of the room is reduced to the most important elements. All used materials were found in public spaces and thus ensure the inconspicuousness of the installation.

In addition to the playful intervention, the installation also refers to historical hiding places and their necessity. At various times, people have had to hide under the pressure of flight and persecution. 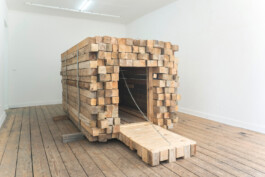 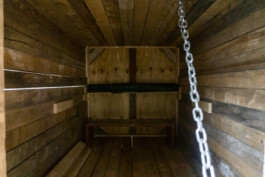